Babywearing is carrying your baby in your arms with the assistance of a baby carrier, wrap or sling. It makes it easier to get things done because the wearer is hands free. So, you are "wearing" your baby, rather than holding your baby with your arms. In this way, babywearing does give you and your baby all the benefits that holding your baby offers – with the added advantage of two free hands.

Cultures all over the world "wear" their babies and have done so for hundreds if not thousands of years. These pictures show historical photos and drawings of Australian Aboriginal people, Alaskan and Inuit Indigenous people carrying their babies and children. For nomadic populations such as the Australian Aboriginal people, babywearing would have been essential and central to their parenting. I’ve seen the 1853 possum skin coat at the Museum Victoria with a plaque stating that the coat was used for warmth and for carrying babies by Aboriginal women, and there is an 1870s photograph of a woman doing just that, with her baby up high on her back. As well, women's essential carrying dishes (the coolamon made by men or piti made by women) of carved wood in the shape of a curved platter are said to have been used to carry babies too, with the coolamon holding the baby cradled under the arm. Aboriginal women utilised a range of bags, baskets and containers to carry food and other items including their babies. Soft string bags or dilly bags made from woven bush string and elongated bark containers with pleated and tied ends (known in the Kimberley as anggam) were used as food and baby-carriers. So, it is fair to say that babywearing has been around for perhaps more than 60,000 years.

This is important for the modern parent to consider, because it explains why babies "love being picked up." Quite simply, to be "picked up" and carried is what it is to be human. We are a parent clinger mammal, designed physically and mentally to cling to our parent when we are young. A carried baby is a happy baby. The pressure, motion, pleasure, warmth, security and sound essential to the development of the vestibular nervous system is assured, and is an integral part of our evolution. Why does this matter? Because it sheets back to how babies develop motor and other skills via kinaesthetic (tactile learning) stimulation. Simply put, a baby lying in a pram may not be learning as much as a baby simply being carried in their carer’s arms. It’s an exciting and important piece of knowledge for parents.

Modern parents know this inherently. Our most recent annual Babywearing in Australia (2017) survey of over 1600 parents found that 43% of respondents cited “physical and emotional development benefits for their baby” as a quite important reason to use a baby carrier. The context is key, though. Modern mothers (almost all respondents were female) rated “convenience” higher, with 60% saying this was “very much” the reason they used a carrier.

Other reasons that rated highly as a reason to babywear include “It’s more comfortable than holding my baby”, “To bond with my baby” and “to settle my baby.”

The term babywearing is not universally liked. One respondent said “I detest the word babywearing as it sounds like the child is an object and implies a passive, unconnected activity. I do however love using a carrier with my child.”

Perhaps “the use of a baby carrier” is a more accurate description, given the multitude of baby carriers in history and in the modern world. For example, is use of a framed backpack carrier babywearing? Does facing a baby out argue for the term “babywearing” or does it show that the modern propensity to do so is taking “babywearing” too literally! The “baby as accessory” argument.

Whatever the case, the use of a baby carrier is positive and recommended.

As one Babywearing in Australia survey respondent put it “Babywearing is the best thing ever. I wish I knew more about it before my son was born so I was prepared.”

Top
item(s) in your cart 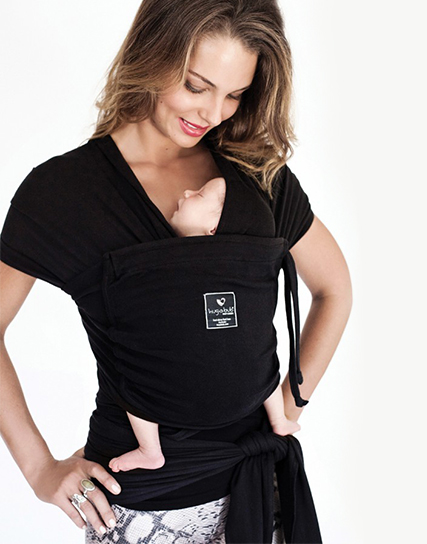